During the last decade, the rapid emergence of diverse range of substances pragmatically clustered under the term novel psychoactive substances (NPS), has significantly reshaped the Ukrainian and global drug scene.

There are several factors which characterize this worldwide challenge to traditional ‘state of art’ within the drug scene. First, the spectrum of psychoactive substances has been considerably expanded, second, there has been a surge of new options to access substances, third, new ways of experimenting with “multiple effects” of the substances have been presented and finally, the current prices of the “classic stimulants” (i.e. amphetamines) have been substantially challenged. Despite the fact that, compared to the EU, Ukraine’s drug market has lower velocity, the rates and frequencies with which the new substances and brands appear in the Ukrainian market are quite impressive. For example, as of May 2016, the EU Early Warning System monitors more than 350 new psychoactive substances (EMCDDA, 2016), while there have been up to 80 new substances appearing in 2018-2019 in Ukraine, according to press-announce of the Head of State Department for combating drug-related crimes, Andrey Kikhtenko.

The NPS phenomenon prompted fundamental changes in legal and illegal drug markets, in national and international drug policies, due to following factors:

– Rapid appearance of entirely new categories of users (and abusers) that have not been previously accustomed to “classic street drug culture”;
– Emergence of new generations of molecules on the market every year (even every month);
– Online marketing and social networking as a universal access tool for all categories of users.

These factors are becoming acknowledged as challenges for Harm Reduction programs that now require new approaches, prompt identification of new subcategories of users with specifically associated risks that need to be addressed.

“In contrast with “classical” drugs – many of which have been well-known and studied for centuries, or at least for decades – NPS are requiring prevention and harm reduction measures to operate with vagueness…”, Levente Moro, University of Turku, Finland.

Moreover, the need to effectively respond to the influence of NPS on the drug stage of Ukraine requires objective vision of the actual impact of NPS (and objective understanding of exact NPSs that are present on the market), clear identification of most vulnerable drug-using groups and commitment from all stakeholders to reform their programmes and ensure effective service-delivery to NPS/stimulant users.

The main goal of this report is to outline key aspects of the NPS phenomenon, the list of known risks of NPS use, and to provide suggestions and recommendations for Harm Reduction and HIV programs on approaches tailored for NSP-using clients.

New psychoactive substances in Eurasia: a qualitative study of people who use drugs and harm reduction services in six countries 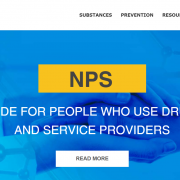 People Who Use NPS/Stimulants: Basic Needs and Barriers in Access to HIV Related Medical and Social Services in Moldova 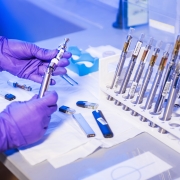 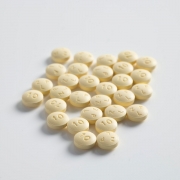 New Psychoactive Substances and Suicidality: A Systematic Review of the Current Literature
New psychoactive substances in Eurasia: a qualitative study of people who use...

People Who Use NPS/Stimulants: Basic Needs and Barriers in Access to HIV Related...
Scroll to top