The term “opioids” includes compounds that are extracted from the poppy seed as well as semisynthetic and synthetic compounds with similar properties that can interact with opioid receptors in the brain. Opioids have analgesic and sedative effects, and are commonly used for the management of pain.

Opioid medicines such as methadone and buprenorphine are used for maintenance treatment of opioid dependence. After intake, opioids can cause euphoria, which is one of the main reasons why they are taken for non-medical reasons. Opioids include heroin, morphine, codeine, fentanyl, methadone, tramadol, and other similar substances. Due to their pharmacological effects, they can cause difficulties with breathing, and opioid overdose can lead to death.

Their regular non-medical use, prolonged use, misuse and use without medical supervision can lead to opioid dependence and other health problems. Opioid dependence is a disorder of regulation of opioid use arising from repeated or continuous use of opioids. The characteristic feature of dependence is a strong internal drive to use opioids, which manifests itself by impaired ability to control use, increasing priority given to use over other activities and persistence of use despite harm or negative consequences. Physiological features of dependence may also be present, including increased tolerance to the effects of opioids, withdrawal symptoms following cessation or reduction in use, or repeated use of opioids or pharmacologically similar substances to prevent or alleviate withdrawal symptoms.

Opioid use can lead to death due to the effects of opioids on the part of the brain which regulates breathing. An opioid overdose can be identified by a combination of three signs and symptoms:

Worldwide, about 0.5 million deaths are attributable to drug use. More than 70% of these deaths are related to opioids, with more than 30% of those deaths caused by overdose. According to WHO estimates, approximately 115 000 people died of opioid overdose in 2017. Opioid overdoses that do not lead to death are several times more common than fatal overdoses.

The number of opioid overdoses has increased in recent years in several countries, in part due to the increased use of opioids in the management of chronic pain and increasing use of highly potent opioids appearing on the illicit drug market. In the United States of America (USA) the number of people dying from opioid overdose increased by 120% between 2010 and 2018, and two-thirds of opioid-related overdose deaths in 2018 in the USA involved synthetic opioids, including fentanyl and its analogues.

Fentanyl is a potent synthetic opioid that is used as a pain reliever and as an anaesthetic. It is approximately 50-100 times more potent than morphine. Fentanyl in various formulations is on the WHO Model List of Essential Medicines. However, fentanyl and its chemically-similar analogues (including carfentanil, acetylfentanyl, butyrfentanyl, and furanyl fentanyl) have been associated with a spike in deaths from opioid overdose. There is evidence that drug dealers may be adding fentanyl to increase the potency of their products (such as heroin) and selling fentanyl as counterfeit tablets, created to look like authentic prescription medications. Therefore, many users who test positive for fentanyl and its analogues do not realize that they took the substance.

There are a number of risk factors for opioid overdose. These include:

Death following opioid overdose is preventable if the person receives basic life support and the timely administration of the drug naloxone. Naloxone is an antidote to opioids that will completely reverse the effects of an opioid overdose if administered in time. Naloxone has virtually no effect in people who have not taken opioids.

Access to naloxone is generally limited to health professionals. In many countries there is still limited availability of naloxone even in medical settings, including in ambulances. On the other hand, some countries have already made naloxone available in pharmacies without prescription. Several countries (Australia, Canada, Italy, the United Kingdom of Great Britain and Northern Ireland and Ukraine) have recently introduced naloxone as over-the-counter medication and have also started proactive dissemination in communities.

In recent years, a number of programmes around the world have shown that providing naloxone to people likely to witness an opioid overdose, in combination with training on the use of naloxone and on the resuscitation of people following an opioid overdose, could substantially reduce the number of deaths resulting from opioid overdose. This is particularly relevant for people leaving prison as target populations, as they have very high rates of opioid overdose during the first four weeks after release.

People most likely to witness an opioid overdose

People who are most likely to witness an opioid overdose are:

Beyond approaches to reducing drug use in general in the community, there are specific measures to prevent opioid overdose. These include:

The gap between recommendations and practice is significant. Only half of countries provide access to effective treatment options for opioid dependence and less than 10% of people worldwide in need of such treatment are receiving it.

WHO response and recommendations

WHO supports countries in their efforts to ensure rational use of opioids and their optimal availability for medical purposes and minimization of their misuse and non-medical use. Following the recommendation of WHO’s Expert Committee on Drug Dependence, a number of fentanyl analogues have been placed under international control, which means rigorous regulation for their availability.

WHO continues to monitor several fentanyl analogues through its surveillance system for new psychoactive substances, alerting countries to the potential dangers associated with these substances. Collection of such data is important as information about the patterns of use, misuse and non-medical use of opioids is very limited.

WHO also supports countries in monitoring trends in drug use and related harm, to better understand the scale of opioid dependence and opioid overdose.

WHO recommends that naloxone be made available to people likely to witness an opioid overdose, as well as training in the management of opioid overdose. In suspected opioid overdose, first responders should focus on airway management, assisting ventilation and administering naloxone. After successful resuscitation following the administration of naloxone, the level of consciousness and breathing of the affected person should be closely observed until full recovery has been achieved.

WHO recommends the use of a range of treatment options for opioid dependence. These include opioid agonist maintenance treatment (with medicines such as methadone and buprenorphine), which has the strongest evidence of effectiveness and cost-effectiveness, as well as psychosocial treatment and support, and pharmacological treatment with opioid antagonists (such as naltrexone). WHO supports countries in improving the coverage and quality of treatment programmes for opioid dependence and introducing them where they do not already exist.

WHO also issues normative guidance to promote the appropriate use of opioids for pain and palliative care. Appropriate use and regulation of opioid analgesics ensures that they are available where needed whilst preventing their diversion and harm related to misuse. 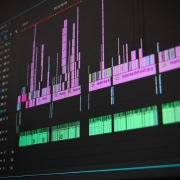 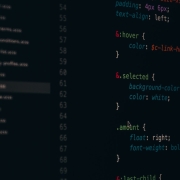 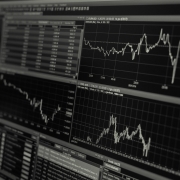 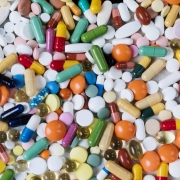